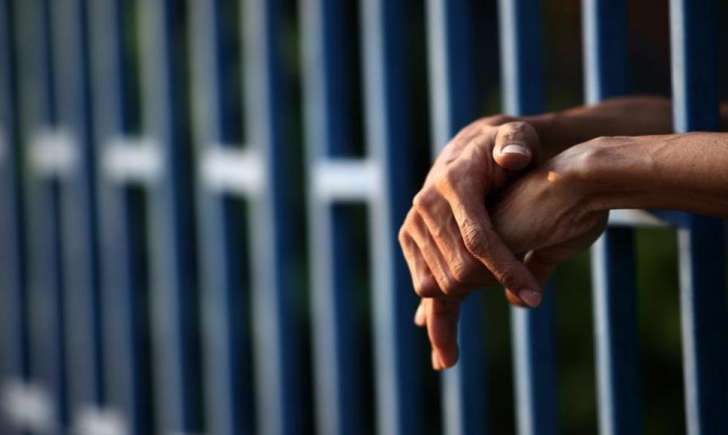 When a state deprives a person of their liberty, it incurs a duty of care to ensure that the dignity of that person is respected. States must also ensure that prisons are safe and secure for detainees, staff, visitors and the outside community. These two obligations are not contradictory, but go hand in hand, as security can be best ensured in a well ordered and justly administered system which treats prisoners with humanity and fairness1. There are number of indicators of a safer, humane and decent system of incarceration. A fair and effective complaints procedure is just one of the indicators and arguably the most basic requirement for operating a civilised system.

The argument for humanity, fairness and decency in prisons has been an integral part of the reform debate in England for over two hundred years. There is sufficient evidence which indicates a direct link between the treatment prisoners receive and their effective rehabilitation. Simply put by David Lammy MP in his recent review into the treatment of and outcomes for Black, Asian and Minority Ethnic individuals in the Criminal Justice System2, the way individuals are treated in prison affects their chances of rehabilitation in tangible and intangible ways. Are BAME prisoners treated less respectfully, fairly and safely by prison officers – or is there simply endemic mistrust between BAME prisoners and prison staff, asks the Lammy Review and points out best practice of addressing the issues highlighted in this question.

Exposing decision-making to scrutiny and an effective complaints system, are basic and definite ways to ensure a fair treatment. Both issues are long-standing challenges faced by the prison service and have been continuously mentioned by numerous high-profile reports over the last 15 years. The NOMS Race Review 20083 represented one of the most seminal reports into race equality in prison. It provided a holistic insight of procedures and practices of race equality and the progress made in response to the investigation by the Commission for Racial Equality in 2003.

The handling of complaints of racism was an integral part of the Race Review and external scrutiny was highlighted as the best way of improving accountability, raising confidence among prisoners and fostering good relationships between staff and prisoners. However, the progress towards implementing the next phase of the Race Review had slowed down and subsequently dropped off the agenda as the prison service was faced with severe budgetary cuts and changes in political / legal landscape.

In 2011 NOMS issued its Prison Service Instruction (PSI 32/2011) ‘Ensuring Equality’ which significantly changed the equality and diversity agenda which had developed over the last decade. One major change to this policy was that the emphasis had moved from being a detailed prescription of process, to a focus on the responsibility of local managers to ensure delivery of a range of required outcomes. Another significant change in the PSI, which is relevant to the fair and equitable treatment of prisoners, was the introduction of a Discrimination Incident Reporting Form (DIRF) which replaced the previous Race Incident Reporting Form.

The DIRF can be used by staff, prisoners and visitors to report incidents of discrimination, harassment and victimisation. This means, that the process places the burden of proof on a victim which requires hard evidence that unlawful discrimination took place. In comparison, the previous race form recognised an alleged victim’s interpretation as a valid ground for a racist complaint. This change on its own, represents a significant departure from the Macpherson definition of a racist incident which was adopted by the prison service in 2000 and defines:

‘a racist incident as any incident which is perceived to be racist by the victim or any other person’.

The DIRF system also inherited some malpractice from the previous system, notably the use of inappropriate standard of proof during investigations. The Race Review provided a comprehensive analysis of race complaints, its failings and areas for improvement, but no such formal analysis was conducted by the prison service on complaints of discrimination which would justify its further use or reform. The only existing study on DIRFs is a joint report4 produced by the Zahid Mubarek Trust and the Prison Reform Trust. The findings of the report are stark and sadly repetitive of the failings and malpractices identified by previous reports, the lack of overall progress and notable regress in some areas of handling prisoner complaints.

Further exploration is required to explain the significant decrease in submitted discrimination forms compared to the previous race forms (over 13,000 race complaints were submitted in 2007-2008 while in 2013-2014 there were just over 7,000 complaints of discrimination which covers nine protected characteristics). The ZMT and PRT report represents unique evidence which reflects key areas such as security and safety issues reported by prisoners, prisoner confidence in the system, as well as best and poor practice of handing discrimination complaints.

Of the 610 DIRF across eight prisons in 2014, nearly three quarters were submitted by prisoners and only one DIRF by a visitor. 70% of prisoner submitted discrimination complaints may seem a high number, but if analysed in comparison to an average number of population in these establishments, it indicates that only one in 150 prisoners had used the discrimination complaints system.

The report found a considerable number of DIRFs which fell into one of the following categories: not responded, delayed, referred, withdrawn or timed out. From the complainant’s point of view, these DIRFs were not investigated and some prison establishments had over 50% of ‘not investigated complaints’ for various reasons.

There was an alarming disparity in the rate of ‘complaints upheld’ by staff versus prisoners i.e. 70% of complaints submitted by staff alleging discrimination by a prisoner were upheld in contrast to only 1% of prisoner complaints alleging discrimination from staff. Although prisoners were far less likely to make formal allegations about a fellow prisoner, almost all of them were upheld. This figure shows that there was very little chance that a complaint against staff would be upheld.

Independent and rigorous scrutiny, monitoring and inspections are described as sure ways of ensuring fair treatment, trust and accountability in tackling the disproportionate representation of BAME prisoners.

The ongoing debate on prison reform is normally led by the question how do we fight crime and reduce recidivism, however, we should also be asking ourselves which principles of humanity do we want to build our system on. One issue should not be looked as substitute for the other. In fact, we need to ensure that a focus on humanity, fairness and decency in our prisons forms part of the much wider debate regarding the kind of nation we aspire to build. If the degree of civilization in society is to be judged by entering its prisons, it is crucial that our prison system reflects long standing British values and culture.